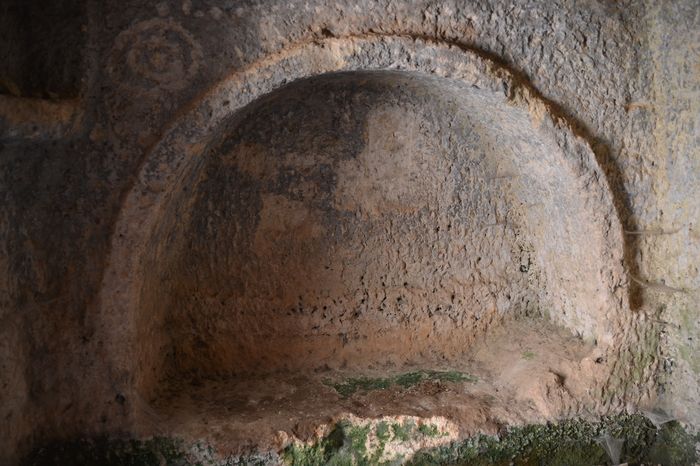 “In their customs, however, they differ greatty from the Carians, and not only so, but from any other men.”

The Caunians, in my judgment, are aboriginals; but by their own account they came from Crete. İn their language, either they have approximated to the Carians, or the Carians to them- on this point I cannot speak with certainty. İn their customs, however, they differ greatly from the Carians, and not only so, but from any other men. They think it a most honorable practice for friends or persons of the same age, whether they be men, women, or children, to meet together in large companies, for the purpose of drinking wine. Again, on one occasion they determined that they would no longer make use of the foreign temples which had been long established among them, but would worship their own old ancestral gods alone.

Then their whole youth took arms, and striking the air with their spears, marched to the Calyndic frontier, declaring that they were driving out the foreign gods.

Would I be so bold as to call this city sickly, where even the corpses walk about?”

The city (Caunus; Strabo’s note.) has dockyards, and a harbor that can be dosed. Above the city, on a height, lies Imbrus, a strong- hold. Although the country is fertile, the city is agreed by any to have foul air in summer, as also in autumn, because of the heat and the abundance of fruits. And indeed little tales of the following kind are repeated praise and praise, that Stratonicus the citharist, seeing that the Caunians were pitiably (An attempt to translate, which seems to be corrupt. Others translate the word either somewhat“ or “very.”; Strabo’s note) pale (Or more strictly, “pale green.“: Strabo’s note), said that this was the thought of the poet in the verse,

and when people complained that he was jeering at the city as though it were sickly, he replied, “Would I be so bold as to call this city sickly, where even the corpses walk about?”

The Caunians first revolted from the Rhodians, but by a judicial decision of the Romans they were restored to them. And there is extant a speech of Molon (Appollonius Molon of Alabanda, the l : rhetorician and orator; ambassador of the Rhodians at Rome (81B.C.), and teacher Cicero and Jufius Caesan Strabo’s note) entitled Against the Caunians. İt is said that they speak the same language as the Carians, but that they came from Crete and follow usages of their own.