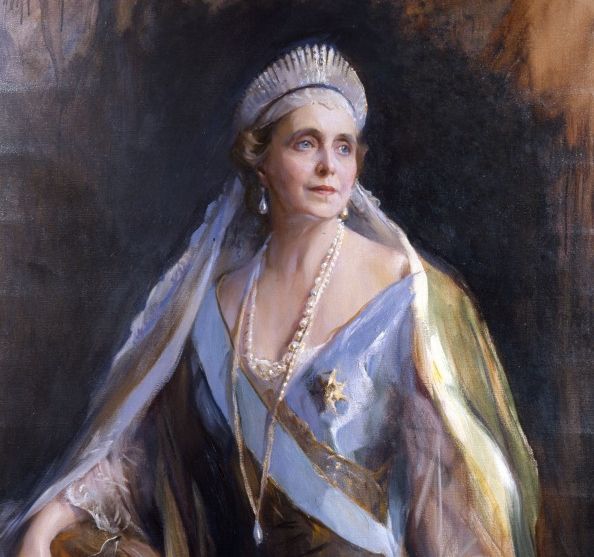 JUST as one never thinks of Conrad as anything but an English writer, so one considers Queen Marie as Roumanian. She became, at the age of fifteen, the wife of the future King Ferdinand. Her work shows that she soon learnt the secrets of her adopted country, and that she won the hearts of the Roumanian peasantry. Her stories constitute the autobiography of a rich mind developed by contact with a country still by no means exploited for literary purposes.

This story was written in English, and was originally reprinted by permission of the author.

A gusty wind swept over the plain; the cold was intense. Very far above, the stars shone quite small as though they had withdrawn as far as possible from the cold upon earth, but the thick snow that covered the fields so white that it radiated a faint light over the ground. Frofn time to time the wind stirred the sleeping surface, chasing it along in small clouds which rose straight into the air as though seeking escape from their tormentor.

A gloomy night, a sad night—the sort of night when one can imagine spirits abroad. When the howling of the wind abated, a sinister sound would occasionally roll through the night—a far-off boom that held within it the voice of war.

Near the road which was faintly distinguishable even in the night as a dark line where many feet had sullied the snow`s whiteness, sat a shiv-ering group of soldiers, huddled over an almost extinguished fire.

The wind seemed to single them out as special object of its fury, dash-ing the snowdrifts against them as foaming waves against a rock. The soldiers had pulled their collars up over their ears and their caps well down over their foreheads, but neither fur nor cloth could protect them against the icy storm.

There were about a dozen soldiers in all, three or four bearded old fellows and one quite young man, guarding a handful of ragged prisoners who sat round the last embers of the fire in postures of mournful resignation. Their bowed heads were sunk upon their drawn-up knees, thus hiding their alien faces from the snow as well as from the looks of those who regarded them, half with pity, half with contempt; their gloveless hands were cracked and swollen by the frost, and a faint tremor shook their bodies with spasms of either cold, sorrow or fear— perhaps all three!

Read More about The History of Susanna